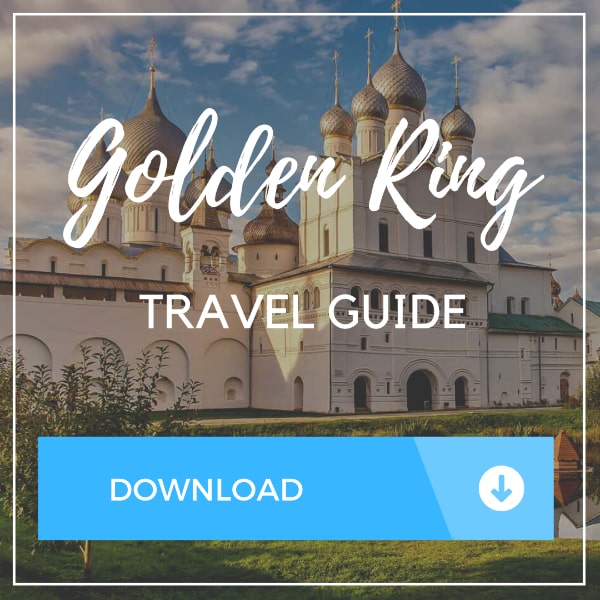 Our Golden Ring Tours take place close to Russia's capital Moscow, yet seemingly a world away, adventuring to the beautifully preserved ancient cities of the Golden Ring route is a must. The cities of the Golden Ring are perfect destinations for travellers seeking the idyllic, provincial Mother Russia of old. A must short detour when Visiting Moscow. Scattered across a rural landscape of rolling hills, flower blanketed meadows, rivers and streams. The cities of the Golden Ring were considered political backwaters by the time Soviet industrialisation took hold, escaping much of the urban progress that rapidly engulfed Moscow and its surroundings. Consequently, many locals to the Golden Ring still lead a largely traditional existence, living in tight-knit communities where the ancestral izba (wooden farmhouse) is the centre of daily life.

Many Golden Ring cities date back to at least the 10th century, and played a vital role in Medieval history, associated with the formation of the Russian Orthodox Church, the reign of Tsars and the Mongol Invasions. When you go on a Golden Ring tour, you will notice that virtually every town is a living museum, made up of ancient forts, towering monasteries, imposing palaces and magnificent cathedrals. Recognised for their artistic merit as an important place in history, four sites on the Golden Ring circuit have gained UNESCO World Heritage Site status, including the 1,000-year-old city of Yaroslavl.

Read article
We have just broken away from our moorings alongside port here at St. Petersburg after an extraordinarily successful 2-day visit which more than exceeded expectations. I have to admit that I am glad that you talked me into doing things I had not done before, and initially objected to, particularly the Metro which we all felt was a special experience. Charles Hardeman, USA View all reviews

The perfect retreat from million-miles-an-hour Moscow, the medieval cities of Russia's Golden Ring are nestled amid green hills and floral meadows, ...