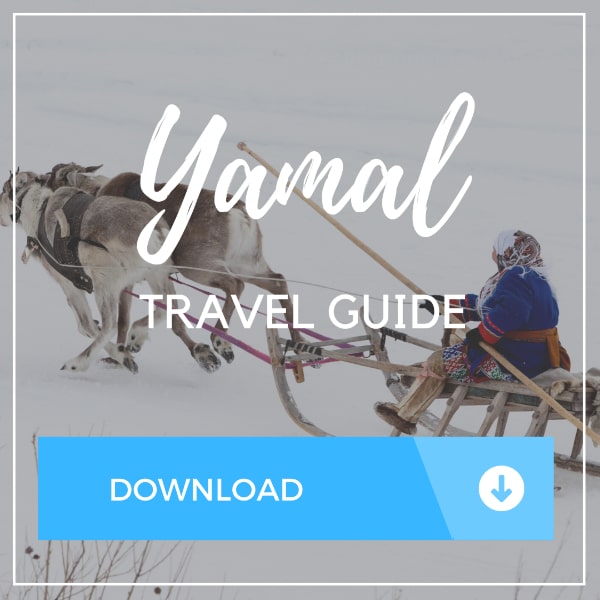 Why Travel To Yamal?

With much of Yamal territory above the Arctic Circle, Yamal means ‘edge of the world’ in the language of its indigenous people, the Nenets. The Yamal-Nenets Autonomous District spans from the slopes of the Polar Ural Mountains, north to the Kara Sea. Its administrative centre, the historic town of Salekhard (population 43,000) straddles the Arctic Circle.

Yamal was considered so inhospitable that Stalin built his prison camps here. And yet a rich, colourful and resilient culture has managed to survive here. It is the home of the Nenets, custodians of a style of reindeer herding that is considered the last of its kind. Our Yamal tours will expose you a daily way of life of the Nenets and their ways to survive Yamal’s extreme climate, the Nenets migrate with herds of up to 10,000 strong from their winter pastures in the southern taiga, north to their summer grazing lands near the Arctic Ocean.

Rarely visited by outsiders, our Yamal Tours provide the opportunity to experience traditions that have remained unchanged for thousands of years, and to hear from the Nenets themselves how vital it is to keep this extraordinary culture alive. Visit the Yamal region of Russia to witness the Reindeer Herder's festival and immerse yourself in the rich culture of local nomads - the Nenets people. On this tour you will enjoy this colourful event in Salekhard, and will spend a couple of days with the Nenets family, learn about their way of life, beliefs and traditions. Be a part of the ancient nomadic culture of the Siberian Arctic on this immersive experience, participating in massive reindeer migration and staying in the winter camps of Nenets – nomad people of Yamal. Our tour starts in Salekhard and will drive to the Polar Ural Mountains, where we meet our hosts. The annual reindeer migration sees thousands of reindeer and the Nenet people who herd them travelling up to 1000 kilometres along the Yamal ... Indigenous Russia refers to early tribes from the Far North, Central and Southern Siberia and the Far East, who live in the same territories and ...